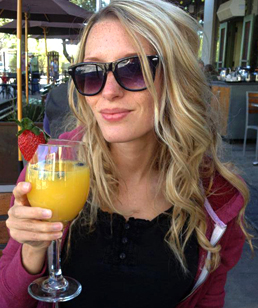 Weekdays, 2PM – 7PM
Beth Simmons was born and raised in the San Francisco Bay Area, the heart of artistic diversity. As a child, she wanted to become a TV news reporter and she attended San Francisco State University for a degree in Broadcast Journalism, but that all changed with one college internship. Beth decided to work for the number one morning radio show in the Bay Area. They made her their official “sidekick to the sidekick” and put her on the streets to interact with their listener base. From that point on, she pursued radio as her career.

From radio promotions to audio editor to board operator and eventually producer, she was preparing for her first job once her degree was complete. Although, she loved these positions, she realized that she had to leave San Francisco if she ever wanted to be on-air. So she packed up and headed for a new adventure. She built upon her knowledge, becoming a Morning Show Co-Host in Las Vegas, Morning Show Host in El Paso, and then a Music Director/Midday Host for American Forces Network out of Vicenza, Italy. All of these experiences ultimately led her to the best position yet, working for KLPX.